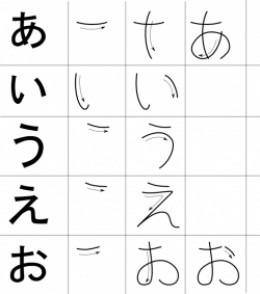 Looking for fun ways to learn hiragana? You'll see how kids in Japan learn to read through games, posters, cards, apps, and more. Japanese is a notoriously difficult language to master, but learning to read hiragana, the basic syllabic script can be easy and can be fun! Each character's name is simply the sound it makes every time with a few minor exceptions. Learn the 46 characters and you'll be able to read many signs, labels, and even children's books. Vocabulary acquisition will be much easier, not to mention finding your way around in Japan. Resources for learning hiragana abound, but how do Japanese children learn to read so quickly and at such a young age?? Read on to find out how you or your students can learn hiragana naturally, like a Japanese kid.

Hiragana Chart in the Bathroom

Learn one or two hiragana every day.

Any time I visit the home of Japanese friends who have kids, I never fail to see a hiragana, katakana, or kanji chart in the bathroom. Get one of these, stick it up on your wall, and in just a minute or two per day, you'll see your hiragana recognition improve. They are all over the place in Japan, but a bit hard to find overseas. Here is the best free, printable hiragana chart I have found online.

Shiritori
Japanese word game to get you thinking in kana 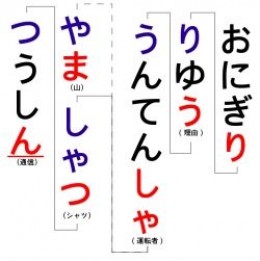 Even before children learn how to read, you sometimes hear them playing shiritori. Shiritori is a fun Japanese word game played by children and adults that helps with vocabulary and the Japanese concept that the building blocks of words are syllables, not vowels and consonants. Shiritori literally mean "take the bottom" (Japanese is traditionally written from top to bottom) and is played by taking the last syllable of a word and using it as the first syllable of the next word. Players take turns doing orally this until someone says a word that ends with the syllable "n" because no Japanese words begin with that sound. Unfortunately, The image here is a complete (albeit short) shiritori game. In case you can’t read hiragana yet, I’ll explain using romaji (the latin alphabet). Reading from top to bottom, left to right, we have onigiri (riceball), riyuu (reason), untensya (driver), yamasyatsu (mountain shirt), and tsuushin (communication). The "n" at the end of tsuushin ends the game because no Japanese words start with that kana. Rules are flexible, but generally only nouns are accepted and once a word has been used, no one can use it again. See Shiritori on Wikipedia for variations. 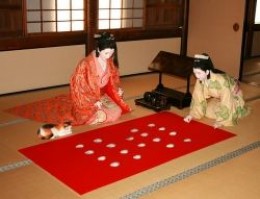 These blocks are just like the ones we learned our ABCs with, but they're hiragana instead! I haven't used them myself, but they have five stars from all the verified purchasers on Amazon as of this writing.

If you've spent time in a Japanese school, you've seen these faces on blackboards. It's name, henohenomoheji, comes from the hiragana characters that are used to draw it. I've seen this many, many times, but never on an unerasable surface. Japanese kids are polite that way with their graffiti.

Excellent workbook for mastering the kana

Japanese Hiragana & Katakana for Beginners is a well-reviewed, systematic approach to learning the kana. There are lots of appealing activities to keep the learning fun.

Any questions, comments, or other ideas about how to learn hiragana? Remember, our goal here is to Make Learning Fun!

Email ThisBlogThis!Share to TwitterShare to FacebookShare to Pinterest
Labels: all ages, Japan