As we know, older children groan at fine motor activities that would thrill younger children. After all, what ten-year-old wants to do scissors work or practice penmanship? But give a child a bagful of chestnuts, acorns, and pine cones along with a glue gun and a few other implements, and you’ve got an engrossed artist who will lose track of time in the midst of fine motor work.

Do you want to try it? Here’s what to do.


1. Gather your materials. (Involve the children in collecting the materials from outdoors if possible.)

2. Let the children have at it!

Some children will benefit from having pre-made samples or photos from which to draw inspiration. If you're wondering what the white out and fine-tipped marker are for, check out the eyeballs on the birds pictured here.

Here is some more inspiration from around the web for making sculptures with pine cones, acorns, and such.

Question: Do you have a favorite seasonal activity for fine motor skills? Please share in the comments.
No comments:

How Do Bats Poop?

Have you ever wondered how bats pee and poop while hanging upside down without getting it all over themselves? Me neither. Nevertheless, my son and I discovered the answer today by watching some bats at the zoo. A bat, which had been hanging upside down by its feet, flipped over, hung by its wings, relieved itself, and flipped back upside down. Another one did this shortly after. I never knew that bats' arms/wings were strong enough to hold their body weight, but evidently they are, at least for a short time.

These are the kinds of things you don't read about in textbooks. You just have to be there for the experience. I discussed this in my post a couple weeks ago, "Kick Your Kids Out of the House," and it should be self-evident, but I think it bears repeating that we learn much about the natural world, by being out in it. Science education is more than book learning!

I know I just knocked book learning, but I can't help plugging a wonderful book about a bat that gets adopted by a family of birds. The story is touching, the illustrations are excellent, and the science is good. If you haven't read Stellaluna, by Janell Cannon, please check it out. You can view the first few pages online by clicking the book cover to the left, but unfortunately you can't see the beautiful illustrations, only the text.

Question: What is something you've learned about nature just by being there to experience it?
4 comments:

Tokyo had a big typhoon today, so we came home early from school and work. My four-year-old and I watched a TV segment about how to make a paddleboat with recycled materials and just had to try it ourselves. Here's the way to make your own paddleboat if you want to try it at home. 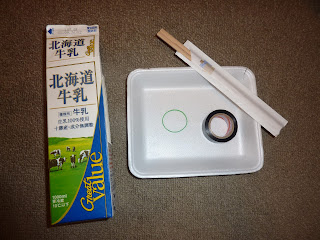 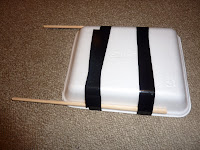 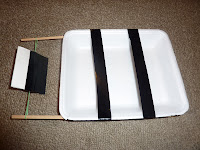 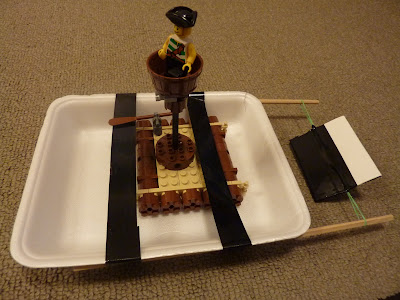 You can use this paddleboat project to explore the ideas of potential and kinetic energy, or actions and reactions. Today we just had fun sending our boat back and forth across the bathtub. I'm just going to say that the physics lessons were learned intuitively.

Question: What's a rainy day activity that you enjoy? Please share in the comments.

Email ThisBlogThis!Share to TwitterShare to FacebookShare to Pinterest
Labels: science 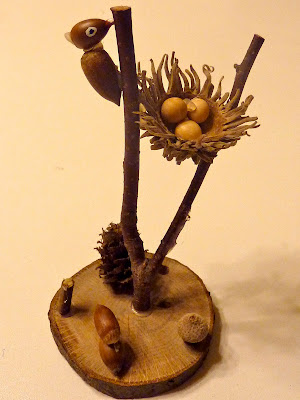 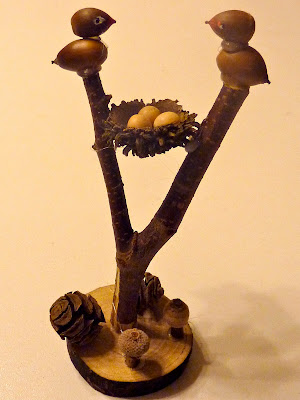 All you need are various kinds of acorns, pine cones, sticks, something flat for the base, and a glue gun to stick it all together. The eggs are actually dried beans. The eyes are made with a drop of white out and a sharpie.

The book at left is full of great craft ideas. You can probably find it at the library,  but if not, click through to check it out on Amazon. You can see the first several pages there.

Question: What are your favorite fall activities? Share in the comments, and feel free to leave a relavent link.
3 comments:

A fun, hands-on math game to practice number bonds, or fact families, is with dominoes. First choose a sum that the dominoes must add up to. I usually use the number ten for double-nine dominoes.


Then place all of the dominoes face down and mix them up. Turn one domino face up. The first player draws a domino and if one of the sides of her domino plus one of the sides of the face-up domino add up to ten, she places her domino next to the face up domino and says, for example, "six and four make ten." Whether she can play her own domino or not, play passes to the next player. This game starts slow sometimes, but it picks up quickly and students end up scanning the table for all possible number bonds that add up to ten.

What I like about this game is that it is fun for any number of players, correction is immediate because the other players are watching, players are thinking mathematically while waiting for their turn, and once several dominoes are on the table, there are several possible correct answers for each turn.

Another fun game to practice number bonds is Salute. Also be sure to check out a page full of math games to play with UNO cards.

Question: What are your favorite games to practice math facts? Please share in the comments.
2 comments:

Kick Your Kids Out of the House

My older son loves to spend summer days in the park near our home, searching the trees for cicadas. When he finds one within reach, he catches it, looks at it for a while, and lets it go. He has been doing this for years, but it wasn't until recently that I realized how much he is learning just by spending time outdoors.

The other day day he said, "Dad, did you know that cicadas are higher in the trees late in the summer? I don't know if that's because they keep climbing, or because the ones lower in the trees get eaten." That is some deep scientific thinking. He observed a natural phenomenon and hypothesized some possible explanations.

He also noticed that one kind of cicada tends to have more wing damage than another. He reckoned that this could be either because the first kind comes out earlier in the summer and has more time for the wings to get wear and tear, or that it crashes more often due to reckless flying.

He made several other acute observations about the animal and plant life in our neighborhood. When I see other kids lugging their books back and forth to cram school, I feel sad for them. They are missing out on so much life and learning all around them. We need to give our kids more free time in the outdoors.

This free and active exploration is a lot closer to what real scientists do than the experiments that children do in their science classrooms. Too often, those experiments are really just demonstrations, recipes that deliver predictable results if followed precisely.

I'm not the only one advocating more outdoor time for kids. In the second of his pair of articles entitled "Want Your Kids to Get into Harvard? Tell 'em to Go Outside," Richard Louv writes in part:


Children are more likely to invent their own games in green play spaces rather than on flat playgrounds or playing fields. Green play spaces also suit a wider array of students and promote social inclusion, regardless of gender, race, class, or intellectual ability. One study found that so-called at-risk students in week-long outdoor camp settings scored significantly better on science testing than in the typical classroom. At the Human-Environment Research Laboratory at the University of Illinois, researchers have discovered that children as young as 5 show a significant reduction in the symptoms of attention deficit/hyperactivity disorder when they engaged with nature.

So how about it? Ready to kick your kid out of the house for a few hours? If we can do it it Tokyo, you can do it anywhere.

Question: What's a discovery that you or your child has made just by spending time outdoors?
No comments: