Our youngest is doing Singapore Math 1 this year and is learning number bonds now. Number bonds, are simply sets of three numbers—two parts and a whole—that go together, like 3, 2, and 5. They are usually represented something like this: 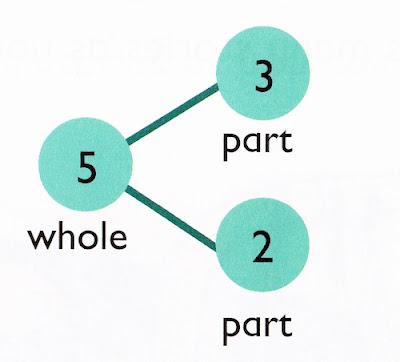 On to the game. My little guy brought out his set of Go Fish cards last night after dinner and we decided to play "Go Fish to Make 10." (We could have decided to make any number.) You've probably got the idea already, but instead of fishing for pairs of identical cards, you fish for pairs that make 10. For example, if you have a 3 in your hand, you ask for a 7. Don't forget before playing to pull the cards out of the deck that won't work. Last night we had to take out the 11s and 12s. 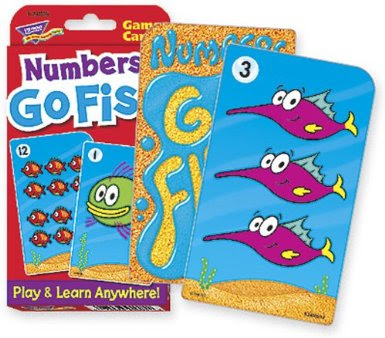 Above is the Numbers Go Fish Game that we have [amazon affiliate link]. The cards are large and sturdy, the numbers are clear, and the pictures are interesting. A regular deck of playing cards works fine too, but I like having zeros and ones (not aces).